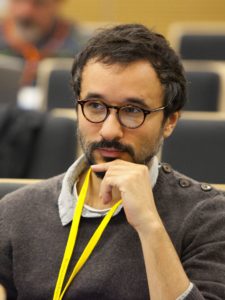 Michele Catanzaro is a journalist based in Barcelona (Spain). He has a PhD in Physics. He works as a freelance for outlets like Nature, El Periódico de Catalunya and others. He is co-author of the book “Networks: A Very Short Introduction” (Oxford University Press, 2012) and of the documentary “Fast Track Injustice: The Óscar Sánchez Case” (2014). His work has been recognized by several awards: King of Spain, Golden Nymph, European Science Writer of the Year, Prismas, and Colombine, among others. He has received grants from the Journalism Fund and the European Journalism Center, among others.