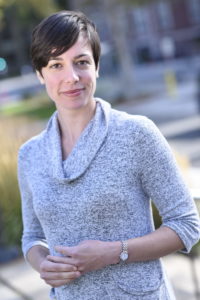 Melinda Wenner Moyer is a contributing editor at Scientific American and a columnist at Slate and regularly writes for the New York Times. She was the recipient of the 2019 Bricker Award for Science Writing in Medicine, and her work has been featured in the Best American Science and Nature Writing 2020. Her writing has also received first place awards in the American Society of Journalists and Authors’ Annual Writing Awards and the Awards for Excellence in Health Care Reporting. Melinda has also written a chapter on finding and vetting sources for the forthcoming Science Editing Handbook, a project of the Knight Science Journalism program at MIT.