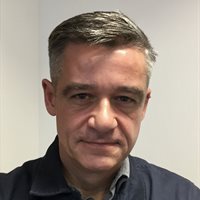 Filters for Truth: Will AI replace reporters and fact-checkers?

Professor Charlie Beckett is the founding director of Polis, the journalism think-tank in the Department of Media and Communications at the London School of Economics and Political Science (LSE). He is leading the Polis/LSE Journalism AI project that published a global report in 2019 entitled New powers, new responsibilities. A global survey of journalism and artificial intelligence. He was the director of the LSE Truth, Trust and Transparency Commission that reported in 2018. He was an award-winning film-maker and editor at the BBC and ITN’s Channel 4 News. He is the author of SuperMedia: Saving Journalism So It Can Save The World (2008) and WikiLeaks: News In The Networked Era (2012).