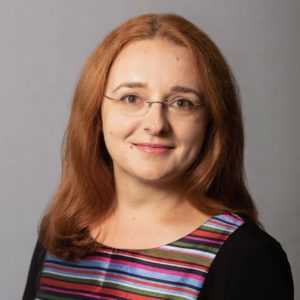 Andrada Fiscutean is a science and technology journalist based in Romania. She has written about Eastern European hackers, journalists attacked with malware, and North Korean scientists. Her work has been featured in Nature, Ars Technica, Wired, Vice Motherboard, and ZDNet. She’s also editor-in-chief of ProFM radio, where she assembled a team of journalists who cover local news. In 2017, she won Best Feature Story at SuperScrieri, the highest award in Romanian journalism. Passionate about the history of technology, Fiscutean owns several home computers made in Eastern Europe during the 1980s. She is a 2019-2020 Knight Science Journalism Fellow at the Massachusetts Institute of Technology (MIT), currently a news editor for PRO FM radio in Bucharest, Romania.